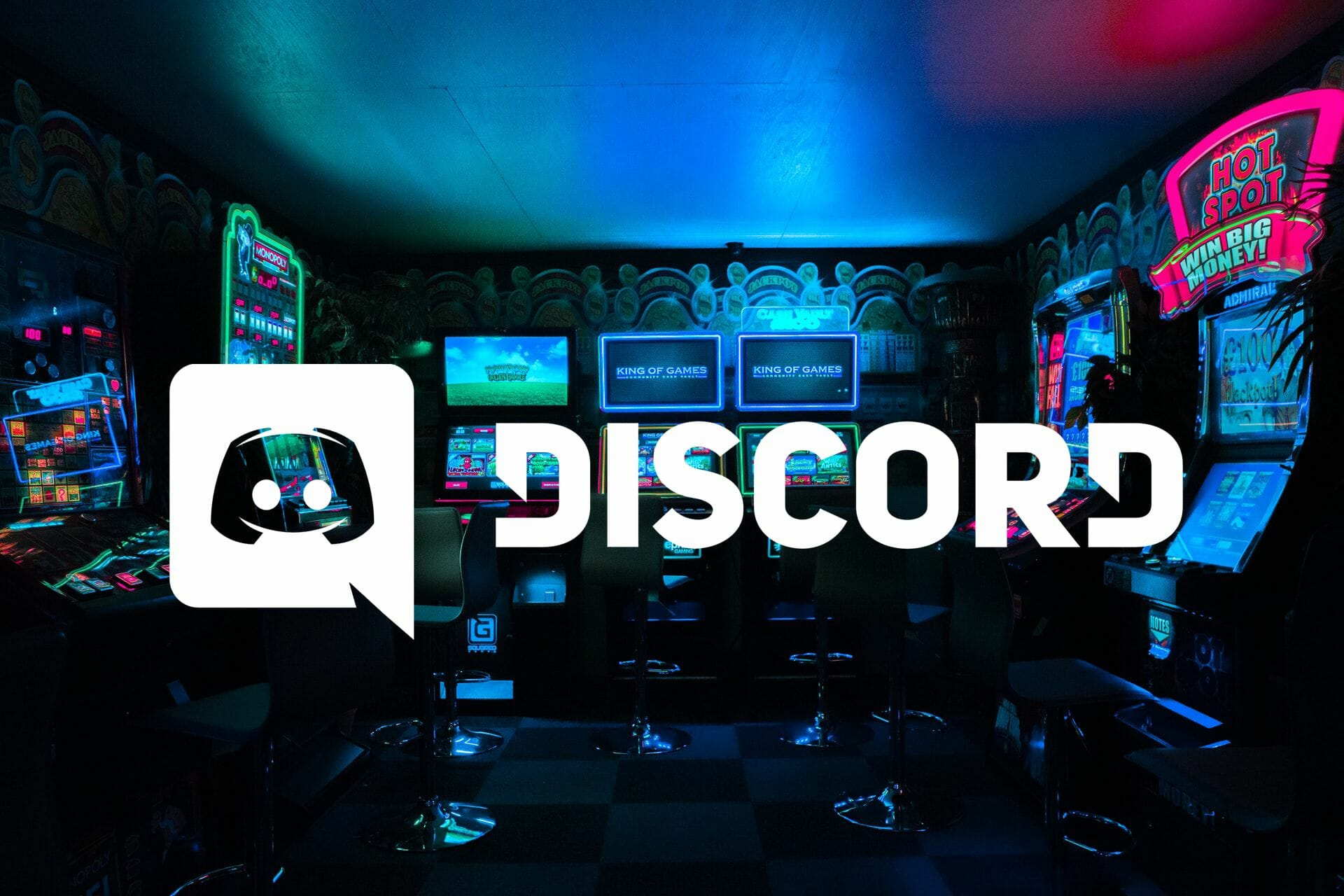 Discord is one of the most widely used voice chat programmes among gamers. It’s a terrific way to stay in touch with your squad whether playing games or hanging out with pals. You can make your own Discord servers, add bots, and do a lot more with them. You can also have some fun with some crazy voice effects if you wish. To modify your voice, though, you’ll need a soundboard programme. So, if that’s what you’re searching for, here are the 12 Best Soundboards for Discord for adding effects to your voice or making things more entertaining on your server.

In this article, we’ll go through some of the finest soundboard apps for Discord. In addition, we’ll go over how to build up a soundboard in Discord so you can get started right away. You can always use the table of contents to jump to any section of this article.

Let’s start with an explanation of what a soundboard app is and why you might want to utilise it. Soundboard apps are excellent for making your Discord voice messages sound different from your own. Soundboard programmes can also be used to attach hotkeys to sound effects that you use frequently so that you can quickly play them when you need them.

Furthermore, you may use these apps to modulate your voice or play effects on other apps if you like. So, the next time you’re streaming on Twitch, keep this in mind.

Many soundboard apps are free to use, which is ideal for most people. However, there are some premium choices available as well, which usually include more features. In this list, we’ve included both free and premium soundboards for Discord, so you may pick one that suits your needs.

Resanance is one of the most popular soundboard apps for Discord, and it’s absolutely free. The programme comes with a slew of handy functions, making it one of the greatest soundboards available. You can use hotkeys to fast play sound effects. Resanance also allows you to use a button deck instead of hotkeys if you like. Resanance allows you to concurrently output audio to many devices and change the level for each device separately.

Soundpad is a good option if you’re ready to spend some money. This programme is more versatile than just a Discord soundboard because it also functions as a sound recorder and editor.

Soundpad, like Resanance, allows you to assign hotkeys. Soundpad, on the other hand, has some outstanding features that Resanance lacks. For one thing, normalisation is supported by the app, which ensures that all sounds are played at the same loudness. You’ll also have access to mic toggling, sound recording, and sound lists, which allow you to create a playlist of sounds to play.

Clownfish Voice Changer is a soundboard programme you should certainly check out if you’re more interested in changing the sound of your voice with effects. Because this programme operates at the system level, you can use it to modify your voice in any app that accepts microphone input, including Discord.

Darth Vader (so you may announce “I am your father” when you join a voice channel with your buddies), alien, female, male, a baby voice, helium pitch, and more are among the voice effects available. Apart from that, Clownfish has a built-in media player with playlist and audio controls that you can use with your friends in Discord rooms. There’s also support for hotkeys and a built-in text-to-speech tool.

You should try out the JN Soundboard app if you’re seeking for a feature-rich app or are a lover of free and open-source software (FOSS). This software has a tonne of options, including the ability to create, change, and delete custom hotkeys. You may even make hotkeys only operate while a specific programme is running in the forefront.

The software has support for microphone loopback, as well as audio playback through any sound device. You can also assign multiple sounds to a single hotkey, and JN Soundboard will play a random sound whenever you press the hotkey. When playing a sound, JN Soundboard also supports an auto-pressing “push to talk” key, exporting and importing hotkeys with XML files, and text-to-speech features.

Voicemod, another amazing Discord soundboard, is especially good for users who prefer to keep their Discord servers’ sound libraries fresh and up to date. Not only does Voicemod include a large number of sound effects to experiment with, but it also updates the sound effects gallery once a month. As a result, you’ll never run out of new sounds to utilise on your Discord server.

Aside from that, Voicemod also allows you to combine preset and custom soundboard options if that’s something you’re interested in. Voicemod also supports hotkeys and has a nice interaction with the Elgato Stream Deck, so if you’re a streamer, your Elgato devices will be immediately integrated with Voicemod. Voicemod is extremely useful in role-playing games since it allows you to make your voice sound like the character you’re playing.

Voxal Voice Changer, another voice changer tool you may use to have fun with your Discord friends, is jam-packed with features. It comes with a decent voice effects library, which includes the typical suspects like robot, girl, and boy voices, among others. The wonderful thing about Voxal is that you can use it to apply effects to both existing files and your voice in real time via the mic. If you want greater control, you can also make your own sound effects.

Voxal Voice Changer, like Clownfish, works on a system level, so you can use it with almost any app on your computer. Furthermore, because to its minimal CPU utilisation, Voxal developers believe that you will not experience any frame rate drops while gaming, which is a big benefit.

The software is free to use for non-commercial reasons, but you will need to acquire a licence if you wish to use it for anything other than personal work.

Price: Free for non-commercial use

You can also use EXP soundboard, a Discord soundboard tool that is simple to use. EXP Soundboard has the majority of the functions you’d expect from a soundboard programme. It’s simple to use and supports custom hotkeys, so you can play sounds with a single button press.

EXP Soundboard, unlike some of the other programmes on this list, only offers playback through one of two devices: your speakers or a virtual audio cord. It also has a mic injector that allows your microphone to pass via the virtual audio line.

AV Voice Changer is a very strong tool that may be used as a Discord soundboard. It lets you to alter and change almost every facet of a voice’s characteristics. As a result, it’s a strong tool for voice editing and making your Discord voice sound exactly how you want it to.

AV Voice Changer includes a voice recorder, voice editor, voice morpher, and even a file morpher in addition to a soundboard. So, if you’ve been thinking about doing voices for a project you’re working on, AV Voice Changer could be useful.

AV Voice Changer is also fairly pricey, so if you only want a good Discord soundboard and none of the other features are vital to you, you might want to look at something else on this list.

Morphvox Pro, another paid app, is likewise far more expensive than the majority of the other apps on this list (excluding AV Voice Changer). It does, however, have a number of handy features that make it an excellent Discord soundboard tool.

Morphvox Pro includes a large sound effects and free voice library that you may use in Discord. It also has a feature that allows you to create background voices or noises while talking. This can be useful if you need to persuade your buddies that you are being summoned by someone.

The software is entirely tailored for gaming, which is a great advantage, and it also includes digital and smart noise reduction settings for cutting-edge noise reduction.

Podcast Soundboard may be a suitable choice for folks who desire a more sound deck-like experience instead of using shortcuts and hotkeys. The programme has a simple UI and a variety of useful functions.

This programme isn’t designed to be a Discord soundboard, as the name implies, but it does have all of the capabilities you’ll need. You may use your MIDI keyboard with the programme because it supports MIDI devices. It also has loop and multi-shot capabilities, as well as color-coordinated sound buttons. There’s also a duck button, which is a programmable button that decreases the volume instantaneously.

Jingle Palette was created to play jingles in radio stations (thus the name), but it’s now also handy as a soundboard app for Discord. As the name implies, the software allows you to load a variety of sounds and sound effects onto your screen (up to 30 in each palette) and play them with a single click.

Jingle Palette also has features like manual and automatic mixing, as well as autorepeat and touch play. If you want, you can alter the volume and loop parameters for each sound separately.

Mixere was once a live performance mixer, similar to how Jingle Palette was designed for radio stations. It does, however, provide a number of features that make it ideal for use as a Discord soundboard. You may listen to an endless number of music on the app, and you can listen to numerous tunes at the same time.

Mixere, on the other hand, isn’t a suitable fit for Discord users searching for a basic soundboard tool. The user interface is rather complicated, and things like hotkeys aren’t supported. Mixere is exclusively for folks who want a strong software that they may use to DJ or perform live on their Discord server.

Let’s look at how to set up soundboards in Discord now that we’ve talked about the best soundboard apps for Discord. Here are all of the steps you’ll need to have your soundboard app installed on your server.

That’s all, your Discord soundboard app is now ready to use. Have a fun!

How to Use Soundboard softwere on Discord

Soundboard apps for Discord are both practical and entertaining. You can enjoy pretending to be Kratos by imitating his voice, or you can become Vader, like I recommend. Additionally, there are strong soundboard programmes that you can utilise to produce live DJ sets on your Discord channel and delight your friends. Check out some of the greatest Discord servers for Among Us, Valheim Discord servers, and Minecraft Discord servers while you’re at it.

Discord soundboards offer a lot of options, especially if you wish to keep your identity hidden when broadcasting online. In the comments section below, let us know how you use these soundboard applications and which one is your favourite.